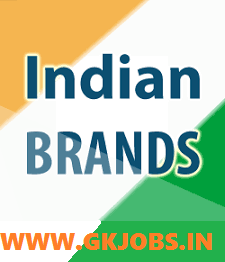 Swachh Bharat Abhiyan (SBA) or Swachh Bharat Mission (SBM) is a nation-wide campaign in India for the period 2014 to 2019 that aims to clean up the streets, roads and infrastructure of India's cities, towns, and rural areas. The campaign's official name is in Hindi and translates to "Clean India Mission" in English. The objectives of Swachh Bharat include eliminating open defecation through the construction of household-owned and community-owned toilets and establishing an accountable mechanism of monitoring toilet use.

This Program is  Run by the Government of India, the mission aims to achieve an "open-defecation free" (ODF) India by 2 October 2019, the 150th anniversary of the birth of Mahatma Gandhi, by constructing 90 million toilets in rural India at a projected cost of ₹1.96 lakh crore (US$30 billion). The mission will also contribute to India reaching Sustainable Development Goal 6 (SDG 6), established by the UN in 2015.

The campaign was officially launched on 2 October 2014 at Rajghat, New Delhi by Prime Minister Narendra Modi. It is India's largest cleanliness drive to date with three million government employees and students from all parts of India participating in 4,043 cities, towns, and rural areas. Modi has called the campaign Satyagrah se Swachhagrah in reference to Gandhi's Champaran Satyagraha launched on 10 April 1917.

As part of the campaign, volunteers, known as Swachhagrahis, or "Ambassadors of cleanliness", have promoted indoor plumbing and community approaches to sanitation (CAS) at the village level. Other non-governmental activities include national real-time monitoring and updates from non-governmental organizations (NGOs) such as The Ugly Indian, Waste Warriors, and SWaCH Pune (Solid Waste Collection and Handling) that are working towards its ideas of Swachh Bharat.