Thursday, August 27, 2020
Bagikan :
Tweet
The worst news has come for Gujarat. Ahmedabad has one more deadly disease than corona in the state. Which is found only in children from 5 to 17 years. This disease is called PMIS (Pediatric Multisystem Inflammatory Syndrome). The most serious thing is that it is more common in children and its symptoms are very severe. The disease occurs after children come in contact with a corona patient. Patients who have recovered from Corana can also spread the disease to the child. 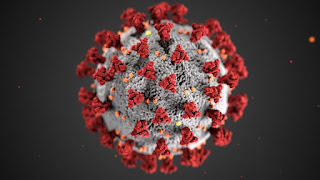 The disease also has the usual symptoms of corona, such as red rashes on the skin, redness of the eyes and difficulty in breathing, and sometimes abdominal pain, diarrhea and vomiting. The Gujarat government needs to wake up to the fact that the disease occurs in young children. Those who have low immunity against this disease. So far, three children at Ahmedabad Sola Civil Hospital have succumbed to the deadly disease and are being treated at Ahmedabad Sola Civil Hospital.

Importantly, IVIG injections given to patients with this disease are extremely expensive. After UK and US, this disease is also found in Ahmedabad of Gujarat in India. Well-known people say that there is a possibility of patients with this deadly disease even in private hospitals but at present 3 children suffering from this disease are being treated officially at Sola Civil Hospital in Ahmedabad. Experts say that the treatment of this disease costs millions of rupees. Babies who have been infected with the coronavirus or have been exposed to another coronavirus may show symptoms after 3 to 4 weeks.

What should be done to prevent the spread of infection
What is PMIS?
PMIS- Pediatric Multisystem Inflammatory Syndrome is a serious disease found in children. The corona epidemic has been diagnosed in New York with more than 64 to 120 cases. The distinction between PMIS and Kawasaki disease is very necessary because many of the symptoms and presentation are similar. Kawasaki disease is also seen in India this season. Kawasaki disease sometimes leaves an aneurysm-like cardiac complication and needs to be followed up for life.

When left untreated, PMIS in the corona can be fatal. The seriousness of the disease has come to light after GSTV had a special conversation with the hospital’s pediatrician Curie Nagatiya about the case registered in Sola Civil. Doctors say that more care needs to be taken towards children during this coronary period. As Ahmedabad has the highest number of corona cases. In this time of unlock, the victims of Corona have recovered and are roaming the market.

The patient comes to the corona with a variety of symptoms. PMIS, a pediatric multisystem inflammatory syndrome found in children, is a fatal disease. The Gujarat health department needs to take immediate action in this regard, otherwise the spread of the disease will not be as likely as in Corona.

Since the infection is spread through contact with coronary heart disease, it is now dangerous to send children out for a walk. There is not a single society in Ahmedabad where this case has not come up. This disease may be the biggest threat to Gujarat.
Tag : News