Beranda » News » Will Modi government give smartphones to every student? Knowing this is making a fuss on social media

Will Modi government give smartphones to every student? Knowing this is making a fuss on social media

Oleh Gk Jobs
Wednesday, August 26, 2020
Bagikan :
Tweet
News of the government distributing free smartphones to students is going viral on Facebook, Whatsapp and other social media. According to the viral report, the Modi government has taken this decision due to the spread of the corona virus and the inability to conduct studies in schools and colleges. 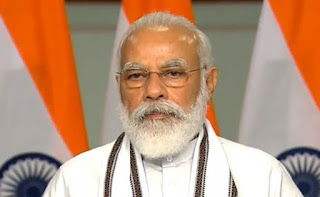 It is also claimed that the government will provide free Android smartphones to all students in the country. So as to get involved in online classes.

What is the fact of this viral news
The Union Ministry of Information and Broadcasting has clarified on the news of distribution of smartphones for free on social media. The Press Information Bureau (PIB), a department under the ministry, has denied the allegations. Rejecting the news of free mobiles, PIB tweeted from its Twitter handle that there was no fact in the news. The Modi government has not made any such plan.

At the same time, the PIB has said that the government is not working on any such plan. The bureau warned the general public not to click on any such news link. There is also a risk of users’ data being stolen by disclosing this information.
Tag : News

1 Komentar untuk "Will Modi government give smartphones to every student? Knowing this is making a fuss on social media"