Beranda » Tanpa Label » Colleges in Gujarat will start from this date, the government has started preparations for the guideline | Latest News

Colleges in Gujarat will start from this date, the government has started preparations for the guideline | Latest News

Colleges in Gujarat will start from this date, the government has started preparations for the guideline | Latest News 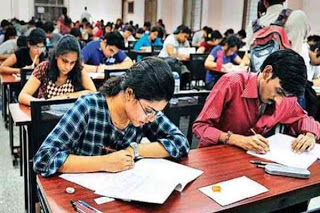 The UGC has announced a new session for first-year students in UG-PG colleges from November 1. The government's education department had a meeting with the university on the issue and sought suggestions.

With the corona, the exams, with the result, the admission has been delayed and the academic year has been disrupted.  The UGC has announced a detailed timetable-guideline for new students of various UG-PG courses admitted this year.

The new session will start from this date

According to which, the new semester is going to start from 1st November, but instructions have been sought from the Uni-Colleges of the state on when and how to implement the guideline.

A decision on the new semester will be taken after the UniO submits a report to the government on which admissions are pending in which Uni, how many students will be completed and what is the status of which district.