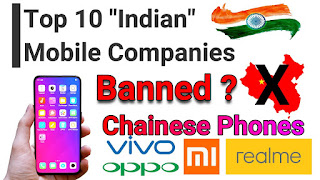 The ministry of IT and Electronics has come out with a fresh list of 47 Chinese apps that are banned in the country. The reports suggest that these apps are 'cloned versions' of the 59 apps that were previously banned by the IT ministry in late June. Although it seems rather odd that it took government nearly a month to figure out that there are security risks with the cloned copies as well. Nevertheless, the ban has been extended to cover more apps even as the border tensions between India and China seem to have softened a bit.

So far, the list of these 47 apps is not known. Some reports suggest that the names include TikTok Lite, Helo Lite, SHAREit Lite and others who have infringed the Section 69A of the IT Act.

Sajai Singh, partner at law firm J. Sagar Associates said that as Indian use of smartphones heads towards 442 million in 2022, with wide availability of cheap data plans, India is recognising the risk to personal data of its citizens. "In China, many large companies, including telecom, OTT and others, are closely linked with the state. This obviously raises red flags for nations when it comes to data of its citizens," he said after today's ban. Singh also said that the time will only tell whether India was the first mover or the only country taking such a decision.

Even as the experts and citizens are jumping over each other praising the government's move, it's important to face the hard truth. Despite its hugely popular base in India (over 200 million users), TikTok, which is one of the apps blacklisted in June, doesn't contribute much to the tech economy. ByteDance, the parent of TikTok, employs about 2,000 people in India, and generates income for a few thousand popular users. The video platform reports revenues of about Rs 25 crore in a quarter. The other banned apps contribute even much lesser.

This is quite sobering especially since in this period, the anti-China rhetoric has grown stronger. Let alone their market shares and revenues/profits, as per some estimates, the advertising budgets (over Rs 2,500 crore) of Chinese smartphone makers such as Oppo, Vivo, Xiaomi and OnePlus are far bigger than the earnings of all banned apps.

Then, there are Huawei and ZTE which together control over 60 per cent of the telecom equipment market. Even as countries like US and UK have literally banned Huawei from their telecom infrastructure, Indian government continues to sit on the fence. Is that because the government still hasn't figured out an alternate to Huawei which seems to be leading the global race on 5G tech? 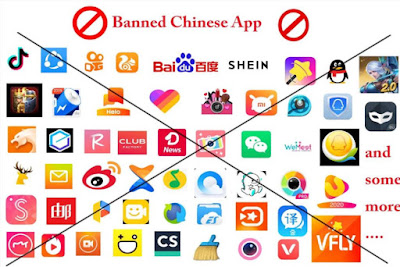 To be honest, the progress on creating a parallel ecosystem of indigenous 5G telecom equipment - led by firms like Reliance Jio and Tech Mahindra - remain quite opaque. Although RIL chairman Mukesh Ambani recently launched the complete homegrown 5G solutions, in the absence of details like exact capabilities on the hardware and software sides, his announcement cannot be interpreted further. Forget about developing an advanced tech like 5G, it takes years to even secure its patents. Huawei reportedly owns over 13,000 5G-related patents.

If the government is serious about weeding out Chinese products from India, it should start with the elephant in the room. By tackling the bigger challenges early on, the government can ensure that ban of the Chinese apps is just a preview of what comes next. It's an all-or-nothing sweepstakes that require efforts on all fronts. By failing to take bold and timely actions, the goal of achieving an Atmanirbhar Bharat would remain a pipe dream.