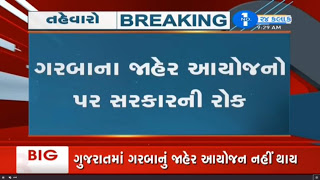 Prasad cannot be distributed, one hour permission to do Aarti.

No garba of any kind will be held, but star campaigners will be allowed in the by-elections.

Aarti is also playing in the recording, no artist will be present. 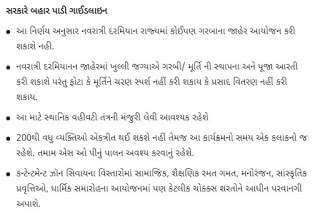 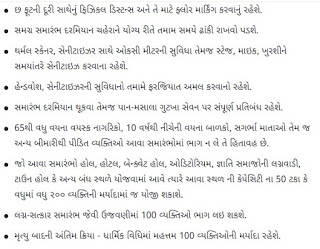 For a long time now, there has been a debate in Gujarat as to whether the state government will allow Navratri to be held or not, although guidelines have been issued by the state government today, according to which no garba can be held in public in the state. During Navratri, Garbi / Murti can be erected in public and Puja-Aarti can be done in public, but photos or idols cannot be touched. Prasad cannot be distributed. The government has issued guidelines for the celebration of Navratri festivals including Garba, Dussehra, Besata Varsh, keeping in view the state of transition of Koro, which will be implemented from October 16. 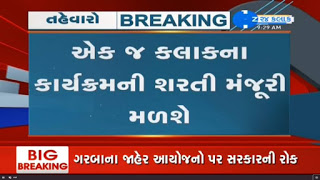 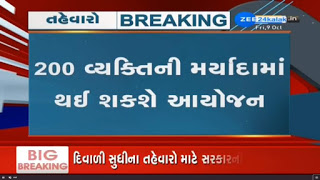 
Festivals like Durga Puja, Dussehra, Diwali, Besta Varsha-New Year Snehmilan, Bhaibeej-Sharadpurnima are advised to be done at home with family members. The public celebration of the upcoming festivals requires the prior approval of the local administration. Mass events like fairs, rallies, exhibitions, Ravanadahan, Ramlila, Shobhayatra where large numbers of people gather will be banned. In case of violation of these instructions, legal action will be taken against the concerned venue-manager, organizer. Necessary arrangements will also have to be made for prompt availability of medical facilities during all the programs.


Guidelines issued by the government


According to the decision, no Garba will be held in the state during Navratri.

This means that no type of garba, including public or street garba, can be organized in the state.

During Navratri, Garbi / Murti can be set up in public and Puja-Aarti can be done in public, but photos or idols cannot be touched or prasad cannot be distributed.

This will require the approval of the local administration.

No more than 200 people will be able to gather and the duration of the event will be one hour. All SOPs must be complied with.

In areas other than the content zone, social, educational, sports, recreational, cultural activities, planning of religious ceremonies will also be allowed subject to certain conditions.

Physical distance with a distance of six feet and floor marking for that.

The face must be properly covered at all times throughout the ceremony.

Handwashing, sanitizer facilities will all be mandatory.

There will be a complete ban on spitting during the ceremony as well as consumption of pan-masala, gutkha.

Adults above 65 years of age, children below 10 years of age, pregnant mothers as well as persons suffering from other ailments should not participate in such ceremonies.

If such ceremonies are held in halls, hotels, banquet halls, auditoriums, wedding halls of caste societies, town halls or other closed venues, they may be held within the limits of 50 per cent or a maximum of 200 persons.

Up to 100 people can take part in a celebration like a wedding reception.

Posthumous funeral - The ritual will have a maximum of 100 people.

Get the latest news and free e-papers from your city