Beranda » News » In 30 days, Modi government has deposited Rs. 2000 in the accounts of 38 lakh farmers, check whether it has come in your account or not @pmkisan.gov.in

In 30 days, Modi government has deposited Rs. 2000 in the accounts of 38 lakh farmers, check whether it has come in your account or not @pmkisan.gov.in

In 30 days, Modi government has deposited Rs. 2000 in the accounts of 38 lakh farmers, check whether it has come in your account or not @pmkisan.gov.in 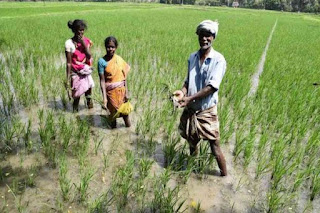 In 30 days, the Modi government has sent Rs 2,000-2,000 to the bank accounts of more than 38 lakh farmers. About 1.5 crore more farmers are expected to get the money by November this year. On August 9, 2020, the central government released the sixth installment of Rs. 17,000 crore were deposited. Then, in 20 days, the Union Ministry of Agriculture sent 30 lakh rupees and 2-2 thousand rupees to the farmers. Now, from August to September 30, there are 91.9 million beneficiaries. According to the Union Agriculture Ministry, more than 1065 million farmers in the country have registered under the scheme till September. 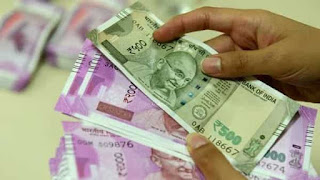 Also check the records of those who have not received the money. If there is an error in the base, account number and bank account number, correct it so that there is no problem in getting the money. If there is a breach in the record you will not get the benefit of the plan. Even after applying to 13 million farmers earlier, they could not get the money as there was no defect in their records or Aadhaar card. If you have applied on the website (pmkisan.gov.in) and your Aadhaar has not been uploaded properly or for some reason the Aadhaar number has been entered incorrectly, its information will be found in it. Also check the spelling of the name. Also check the status and correct it.