Beranda » News » PUBG Mobile fans will feel a big tweak, can not play this game in India from today: the company made this revelation

PUBG Mobile fans will feel a big tweak, can not play this game in India from today: the company made this revelation

PUBG Mobile fans will feel a big tweak, can not play this game in India from today: the company made this revelation 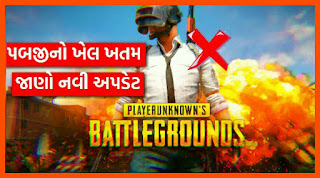 This is good news for PUBG Mobile fans.  Today, the official page of PUBG Mobile India announced that PUBG Mobile and PUBG Mobile Lite are going to be closed from October 30.  In fact the game was banned on September 2 even though the game was still running.  The company reported this in a post on Facebook on Thursday.  About a month ago, India
banned 118 apps.

Among these 118 apps, the popular gaming app PUBG in India was also banned.  The Indian government said the reason for shutting down the apps was a security threat from China.  The announcement comes at a time when Pabji Mobile developer Pubji Court said in a post on LinkedIn that Battle Royale-Sative Games is likely to return to India.


Tencent Games, which owns the mobile game, said in a post on Facebook that it is very sad.  He also thanked PUBG Mobile and PUBG Mobile Light Fans in India.  The company also said that the security of users' data has always been their priority and they have always complied with the data protection laws and regulations applicable in India.  The statement further states that in our privacy policy, the gameplay information of all users is processed in a transparent manner.  The statement said that Tencent is returning all rights to Pubg Corporation, the developer of Pubg Mobile, a company of Krats Game Union.

PUBG Mobile India later said that the publishing rights of PUBG Mobile have once again come under PUBG Corporation.  He also said that he will always be ahead for India and accept all decisions.  All PUBG Mobile servers to be shut down in India soon PUBG Corportion recently announced that it is breaking its partnership with Tenement in India.  He also spoke about resolving the issue.

Efforts are being made to bring PUBG Mobile back to India.  Recently, offers for jobs for PUBG Mobile in India were also placed on Lindine.  According to some reports, a different version of the game is coming for India.  PUBG Mobile- Krafton Game Unionz cha) was originally a small company of South Korea's Bluehole Incorporated.  Earlier, the publishing rights of the game in India were with Tenment Games.  Now, after Ben, Bluehole Incorporated has severed its ties with Tenement.