Due to the ongoing epidemic in the country, half of the country's people are sitting at home, it seems as if time has stopped, but according to statistics, time is running fast.

This is not to say that the earth is actually moving faster than usual on its axis, which has reduced the length of the day to less than 24 hours. This motion of the earth is faster than at any time in the last 50 years.

Normally the earth revolves around its own axis in 24 hours, but since June last year, the earth has been moving faster on its axis, due to which the time of all the countries present on the earth is changing. 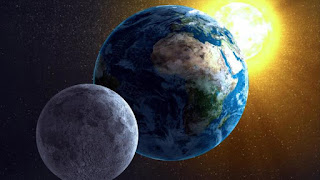 The shortest day before 2020 was in 2005, but in the last 12 months this record has been broken a total of 28 times. This change of time can only be seen on the atomic clock, but it can cause a lot of trouble.